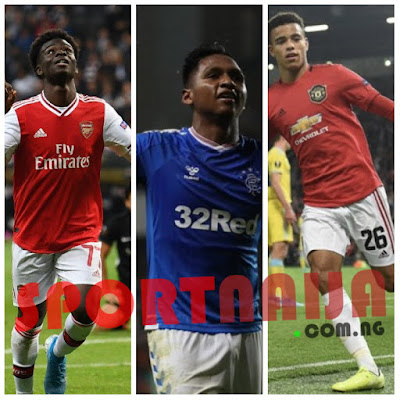 Man Utd, Arsenal, Rangers take home Europa League wins, Dominik Kohr was sent off for last season's beaten semifinalists Frankfurt, and Pierre-Emerick Aubameyang made sure of the win for Arsenal in the Group F clash.

"Everybody can be happy and continuing in this competition is important, so it was good to get a good win, especially away from home," said Emery.

Their next game will be at home to Standard Liege, who beat Vitoria Guimaraes 2-0 on Thursday.
At Old Trafford, United had teenager Greenwood to thank as the 17-year-old's goal gave them a 1-0 win over Astana of Kazakhstan in Group L.
Greenwood became the youngest goalscorer for United in European competition with a composed finish 17 minutes from time.

Victory justified Ole Gunnar Solskjaer's decision to make nine changes from Saturday's Premier League win over Leicester City with a host of youngsters given their chance to impress.
"You could see some of our lads needed games but it's pleasing we got the three points," Solskjaer said.

The group's other game saw AZ Alkmaar come from behind to draw 2-2 with Partizan Belgrade in Serbia despite playing more than an hour with 10 men.
Wolverhampton Wanderers were unable to make it three wins out of three for Premier League clubs as they slumped to a 1-0 home defeat against Braga at Molineux.
Ricardo Horta's second-half goal gave the Portuguese club all three points in Group K and it was a disappointing night for a Wolves team who are still without a win in the Premier League this season.
In the same group Slovan Bratislava were 4-2 winners at home to Besiktas, who welcome Wolves to Istanbul in a fortnight.


Meanwhile, Steven Gerrard's Rangers started in fine fashion as they edged out Feyenoord 1-0 at Ibrox in Group G with Sheyi Ojo scoring the only goal of the game midway through the first half.
James Tavernier missed a penalty before that for the Glasgow side on an emotional night as a minute's silence was held in memory of Fernando Ricksen. The former Rangers and Netherlands defender died aged 43 on Wednesday after a long battle with motor neurone disease.

It is an ideal start for Rangers in a tough group and their next match will be away in Switzerland against Young Boys, who lost 2-1 at Porto on Thursday with Tiquinho netting twice for the hosts.

Celtic battled to a 1-1 draw with Rennes in France in a fiery Group E encounter, with Ryan Christie's second-half penalty cancelling out M'Baye Niang's 38th-minute spot-kick for the hosts before the visitors had Vakoun Issouf Bayo sent off at the death.
"I asked for a reaction from the players at halftime and we certainly got that and we thoroughly merited the point if not the three points," said Celtic manager Neil Lennon of his team's fightback.


They now host CFR Cluj, the same side who eliminated them in Champions League qualifying. The Romanians shocked Lazio 2-1 on Thursday.
Elsewhere, Sevilla, who won the Europa League three years running from 2014 to 2016, beat Qarabag 3-0 in Azerbaijan in Group A with Javier Hernandez getting their opening goal.

PSV Eindhoven opened up Group D with a 3-2 victory against Sporting Lisbon while Roma crushed Istanbul Basaksehir 4-0 in Group J.
In the same group Borussia Moenchengladbach were stunned by Wolfsberg, losing 4-0 at home to the unheralded Austrian side who were making their group-stage debut.
It was a heaviest ever home defeat in Europe for Gladbach, the two-time former Uefa Cup winners. 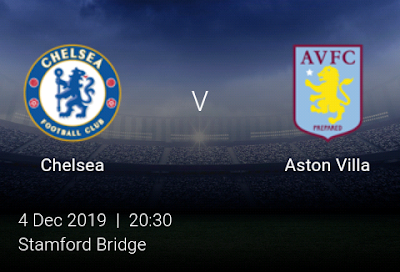 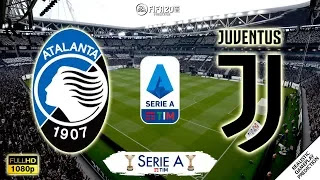 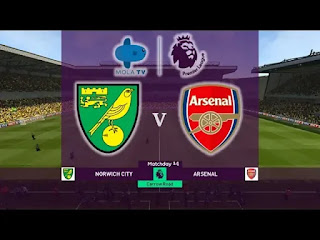