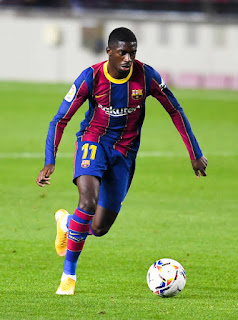 Barcelona sporting director Ramon planes also added that there are no negotiations made with Manchester United.

The summer transfer windows is scheduled to close on the 5th of October and Manchester United are yet to make any decisive move in bringing in more attacking options, earlier on they were linked with Dortmund's Jadon Sancho but they couldn't meet up with the deadline, they were also linked with Wales international Gareth bale who had the liking of joining his former club Tottenham Hotspur.

Ousmane dembele would surely be of great help for Barcelona this season, he barely played matches last season due to injuries and all of that. There are various attacking options for Barcelona to choose from, and there are competitions as well.