Arsenal got their second Premier League win of the season as they kept their fine form going. Mikel Arteta will have to keep up with their current for

Arsenal got their second Premier League win of the season as they kept their fine form going. Mikel Arteta will have to keep up with their current form if he still wants to compete for the Premier League title. Mikel Arteta will be pleased with his team performance in today's match, especially Martin Odegaard. The Norwegian midfielder scored a brilliant free kick as Arsenal grabbed all three points against Burnley at Turf Moor.

Is Martin Odegaard An Underrated Player? 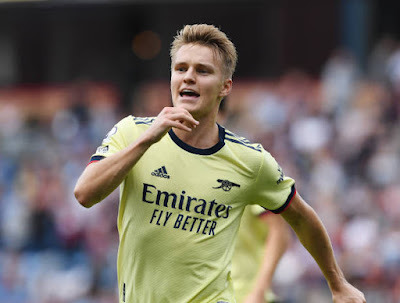 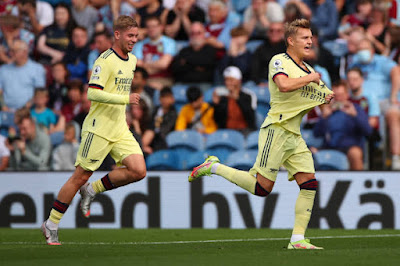 Martin Odegaard is proving his haters wrong at Arsenal. Arsenal picked him up when no one did, after a successful loan spell at Arsenal last season Mikel Arteta knew what needed doing. Martin Odegaard signed a permanent deal with Arsenal this summer and he already has a place in the first team. He has no competitor in the midfield position, it's a certain that the Norwegian will appear in important matches unless his injured. 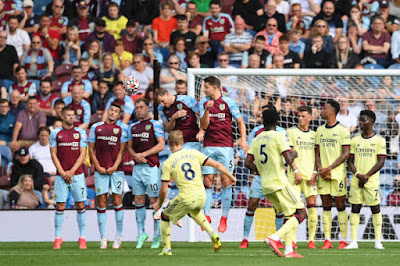 Martin Odegaard is not much of a free kick taker but he made it look like he does it everyday after he scored today. It will definitely be nominated goal of the week, his free kick goal wasn't the only quality we saw of him today. He always kept his composure when with the ball and created few chances for his teammates but they failed to capitalize. Now, does that answer the question?